Every year we’re faced with Halloween candy – the once a year treats that melt our will power like chocolate in a hot car.  Even though we all know candy corn is just fun shaped colorful sugar, it’s still incredibly hard to resist.

Hopefully candy corn is an afterthought as you’ve been falling for fitness and following healthy recipes.  However, it is important to remember that many of the so called “healthy” recipes are actually a trick, not even close to being a healthy treat.  Thankfully, you don’t have to wonder about whether these treats are healthy aberrations or the real deal, we’ve got that covered for you.  Let’s make sure you don’t get tricked by an innocently disguised treat.

Which is the healthier Halloween recipe?

Well this is an easy trick or treat to start with. When candy is a part of healthy Halloween Recipe name, it’s a given that it’s loaded with sugar.  Hopefully an apple doesn’t have to be literally coated in sugar packed caramel – like the Candy Corn Caramel Apples – for you to eat it.  Now, Monster Mouths?  Sounds like the perfect Halloween costume, but really it’s just a fun way to have apples with much less sugar.  Filled with peanut butter and marshmallows for teeth, Monster Mouths, are high in protein and low in sugar, so they won’t spike insulin and immediately lead to weight gain.  What an even healthier alternative? Swap the marshmallow teeth for almond slivers.

Ok ok, you’re thinking this is too easy.  Obviously you’re just being teased with cheesecake and pancakes.  Lucky for you, neither is a trick, they’re equally healthy treats as long as you can follow the recipes.  Either recipe lets you indulge in the ever delicious and exciting seasonal pumpkin flavors.  These recipes go very light on the sugar while adding in extra protein, an essential nutrient to recovering and performing in workouts.

This battle is a bit tougher. Hopefully, you weren’t fooled into thinking one’s a healthier Halloween recipe over the other because they both fall into the trick category in this instance!  If you assumed dark chocolate is better than candy, don’t be discouraged, you have the right mindset.  But in this case, each recipe is just as sugary as it’s opponent. When it comes to popcorn,  plain popcorn is a great option. It is very light on calories – most individual bags are only around 100 calories.  FLAVOR TIP: Add cinnamon to your popcorn to give it the Fall feeling.

This Halloween the only thing you should be scared of is all the spooky costumes, not the tricky treats.  Try to beat the predictable holiday candy and impress your friends and family with one of our healthy Halloween recipes.  Make sure this halloween is memorable for the creative and tasty recipes you put out rather than the belly ache after a candy binge. The New You: Check-In Challenge How to Run Your First 5K: A Beginner’s Guide 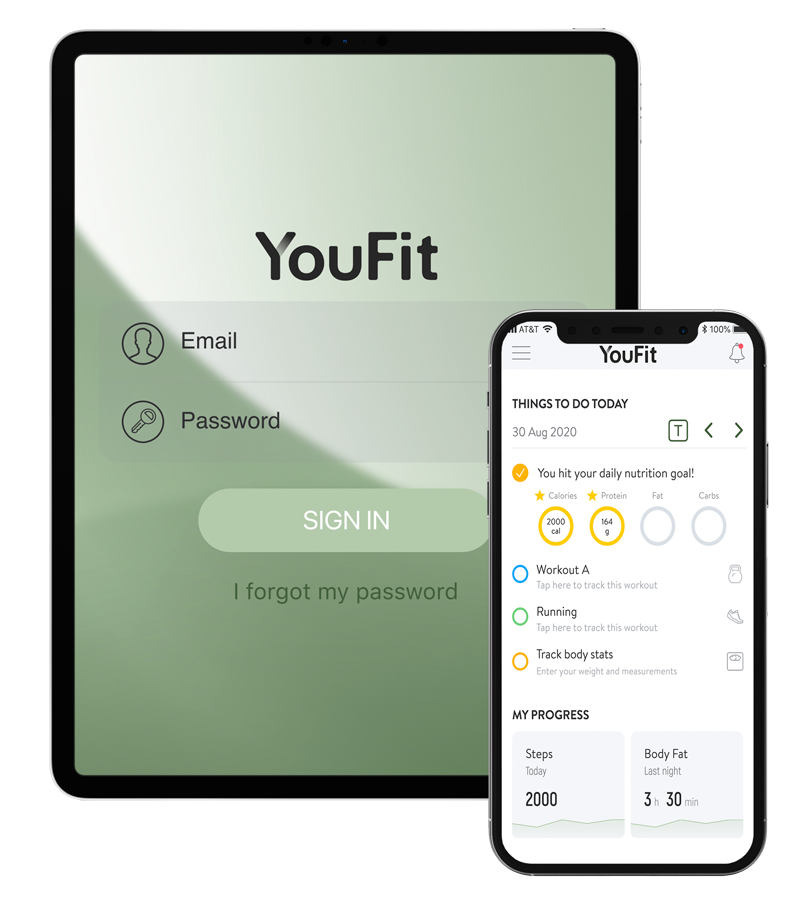 Real People. Real Goals. Join the YouFit community for $0 down on ALL plans!

Win a Trip to the 2023 iHeart Radio Music Awards!